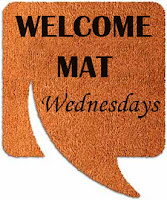 Ann Simko published author of Fallen, Book One in the Coyote Moon Series.  Also the writer of Through the Glass, The Coyote's Song and Socrate's Child.  For more information on Ann and to read excerpts from her books, visit her website by clicking here.
How I Got Published and Why I’m Still Looking for an Agent
I have been writing stories since I was nine-years-old. I loved the freedom of creating my own worlds and characters. I think it was the control over circumstances in my writing that attracted me to it. My day job is in medicine, I’m a Registered Nurse, which as it turns out is a never ending well of material when it comes to human suffering. I’m a little weird like that. But writing is where my heart is and I would step away from nursing in a heart beat – pun intended – if given the chance to make a go of it in writng.

In 2005 I discovered NaNoWriMo (National novel writer’s month) and won in three weeks –that novel – FALLEN, would become my first published book. But it almost didn’t happen. After two years and more than 155 rejections I was ready to throw in the towel on that particular book. I was at a very low point in my writing and remember telling a friend, maybe I just don’t have what it takes. That was when I found an offer in my in box from a small publishing house that didn’t require an agent. I thought about it and realized I was about to trunk the novel and its two sequels and I hated that, I loved those characters, so yeah I signed on with the publishing house. For me I believe it was the right move. My books are doing well for e-books (they are also available in print, which has helped a lot!) and I have started to develop a fan base, which is kind of cool. Right now I have four books out and the fifth is due out in June of this year. My characters are part of me and to see them out there in the world is both a thrill and a little scary.

But -- you there was a but didn’t ya? I still don’t feel like I have accomplished what I set out to do. I guess I want to play with the big kids. The fact that my publisher has decided to no longer carry my genre was the push I needed to get off my complacent butt and start querying again. Personally I would rather walk on my lips through broken glass than go through the self-flagellation that is the query process, and that’s not a complaint to the agents I have received rejections from – far from it. I am indebted to them for gently allowing me to improve my craft. To not settle for second best and to constantly seek to better my writing. But I would be lying if I said the rejections didn’t sting, but I know its part of the process. So with a brand new novel in my hard drive, I have decided to jump in again. I think I have grown as a writer in the last few years but the rejections still hurt but not enough to make me quit. I will re-write my query letter – yet again and I will wait for my betas to tell me what needs work and what they liked and then I will attack my list of unsuspecting agents with my brilliance, my wit and my unmitigated talent (that would be sarcasm) and I will hit send until someone takes pity on me and signs me. Actually I am just like the other hopefuls trying to avoid the slush pile, I want that chance and I want it bad enough to believe that no matter how many no’s I get, all it takes is that one yes.
__
Thank you for taking the time to share your post with us Ann.  We wish you continued success with your published works and all the best of luck with querying and landing the perfect agent!
Welcome Mat Wednesday