Auditory Hallucinations - Do you hear voices? 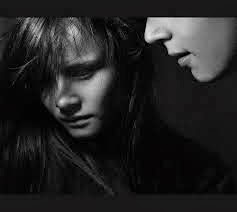 Do you hear voices?

In this case I’m not referring to the creative urging that propel writers to sit at their computers churning out thousands of words, I am referring to the actual condition that many experience. It’s actually more common than most would think.

There is a lot of controversy about this condition. Psychiatry still considers it a symptom of schizophrenic disorders, manic depression and psychosis, but it’s usually a consequence of abuse or a traumatic life situation. In fact, 70% of people who hear voices first detect them after physical or sexual abuse, an accident, or the loss of a loved one. In actuality only one out of three “voice hearers” requires psychiatric help.

However, it is often treated with major tranquilizers, but it’s not the solution and in many cases make things worse. These drugs can silent any good voices and increase the intensity of the bad ones--the ones that encourage harmful or illegal behavior. “Anti-psychotic drugs help in only 30 percent of cases.”

Researchers have noted through brain scans that areas containing memories are more active when people are experiencing the voices.

Auditory hallucinations start between the ages of 16 and 30 with men developing them earlier than women.

People who experience these have the inability to feel pleasure, they typically lack desire for relationships and they lack motivation. They can easily lose their line of thought, make up words, and can have a repetitive action they do.  These are just a few side effects of experiencing auditory hallucinations.

In my latest release, SILENT GRAVES, my killer deals with a compelling voice that he both fears and wants to please.

If you derive pleasure from teetering into the darkness, enjoy the following excerpt from SILENT GRAVES:

GOOD MORNING, BEAUTIFUL.”
He unlatched the bedroom door, cracking it open cautiously, as if she could fight back. She wouldn’t of course. She’d welcome him to her. If she didn’t, then he would take care of things to ensure she did.
Her naked body was sprawled on the bed, spread eagle. Her wrists and ankles bound to the posts. Her blond hair cascaded over the pillow as an angelic covering, yet she was poisonous.
She deserves to die. What are you waiting for?
He ignored the voice that kept him teetering on the brink of insanity—so would say the mental institutions, those who would prefer to poke him and run tests on him as some lab rat. They would force pills down his throat and tell him to remain calm as they did so.
You are a man? Do it!
He gripped his head, covering both ears momentarily. He had to do this. It was time for him to handle things like a man. He approached her, watching her sleep. Soft snores reverberated up her throat.
He tapped his hands against his thighs.
Tappity, tap. Tappity, tap.
He opened the tattered curtains that hung from the rusty metal rod. For a few seconds, he appreciated the view of the back woods. He heard the birds singing and caught a glimpse of a squirrel running across the yard. He didn’t fear anyone seeing anything, not out here in the middle of nowhere.
His thoughts went to the hill, down the makeshift path that had become that way over time. Each time he had to take care of business in the woods, he had tried to take a slightly different route so as not to make an obvious impression. No sense taking unnecessary risks. Still, despite his efforts, there was evidence of a regular passing.
He heard a deeper moan escape her throat and turned from the window to the woman.
“Sydney. Sydney.” He said her name twice, calling out as one would to a child in deep slumber.
Her head lolled side to side and her eyes shot open.
There was recognition there, followed by fear.
Her eyes were bloodshot, her pupils dilated. She said something from behind the silver duct tape, but it wasn’t audible.
“Now, if you’re a good girl and cooperate, everything will be okay.” He sat on the edge of the bed. He ran a hand down her inner thigh. She quivered beneath his touch. He wanted to experience pleasure in response, but his feelings were void.
She mumbled again, and this time he was tempted to remove the tape.
He pulled out a vial and a needle.
She screamed—more like muttered—from behind the tape. Her head rocked back and forth, and her body thrashed as much as her constraints would allow.
He saw it in her eyes as he had witnessed in all their eyes. Their pleading with him to have mercy be shown—but who was he to deny them the pleasure of flesh.
He plunged the loaded needle into her neck, and, within seconds, the movements stopped.
Her eyes rolled back, and her body fell limp.