A Gift to my Readers - Hart's Choice #women'sfic 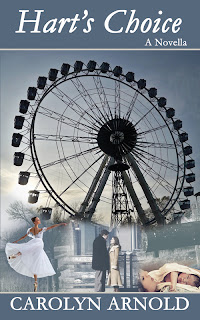 Today through Tuesday, April 23rd, be sure to grab your FREE copy on Amazon and tell others about it!

For the lucky ones, there is a love so powerful that when it comes along, it changes everything.

As teenagers, just a chance meeting at a county fair, would change Barry and Tessa's lives forever. Yet with a summer romance that didn't fully blossom and ended without warning, two hearts were torn apart by time and circumstance.

Tessa pursued her love of dance and found herself a ballerina in the 1962 production of The Nutcracker in New York City. But she still thought of Barry.

Reunited nearly a decade later, only to be ripped apart by war and loss, Tessa wonders if they will ever be together and dreams fulfilled.
18,000 words