By Carolyn Arnold March 02, 2013
We have Christian Russo, the son of Pietro Russo, with us today.  Pietro is the Boss of the Russo Italian Mafia Family.

How does it make you feel to be his son, not even necessarily second in power?

Who says I’m not second in power?  As far as I’m concerned, I’m blood.

Is it rumor that the mob will torture and kill those who betray them?

You will never find evidence to incriminate me or my father.

Because you don’t take care of the jobs yourself, or you’re that good?

You don’t need to be good when things are in place.  But I am good.

You say you’d never get caught for a crime, so let’s talk hypothetically; say this guy did the family wrong, he owed debts and couldn’t repay?

If what I says goes outside of this room, I will find you and I will kill you.  First off, I don’t have a preference when it comes to a means of killing.  It’s whatever fits my current mood.  I love to torture and what you say, dangle hope in front of them.  When their eyes light just a little, thinking they will somehow get out alive, I cut off a finger or earlobe.   They may not know it but death is coming, and it will be a painful journey.

Raymond Hunter saved your life and was welcomed into your family, but he chose to move on.  How did you feel when Ray left?

Nothing.  Why would I feel anything?  He played his part.  He got in with us because he had skills with guns.  He was good, no, great, at killing people.  That  simple.

What do you think is the real reason for Ray leaving?

He didn’t leave. He turned his back on the family.

Okay, why do you think he turned his back on the family?

He spoke of freedom, of being his own person, of maybe even finding love and settling down.  Ridiculous.

I take it, this wasn’t a decision you were in favor of.  Why not kill him?  Isn’t that what normally happens to those who want out?

Why was he chosen to carry out the assassination on Governor Behler?

What are your thoughts on the assassination of Governor Behler?

What is the one thing that angers you more than anything?

There’s only one thing that pisses me off more than anything, but I’m not sharing it here.

About fifteen years ago, you were under the scope for a murder in Detroit, Michigan.  A man was found murdered in an apartment and his wife and two children were found in the family home.  Evidence looked like it involved the Mafia, but no convictions came of the crimes.  No one paid for what happened to that family.

Is there a question in there?

Do you know anything about it?  Do you know why anyone would look at the Mafia and even you specifically?

You read enough about me and you might find out.

Speaking of that you’re big reveal is coming up.  What March 14th?

I’d like to call it my reveal.  Others may see it as Hunter’s.  You know he was given that name for a reason.  It signifies his talent.

___
The above-noted piece is fictional and was written for promotional purposes.  Christian Russo is the main antagonist in Assassination of a Dignitary coming March 14th to Amazon for Kindle, and in April for print.  Be sure to check out the full Assassination Blog Tour schedule here and enter for your chance to win! 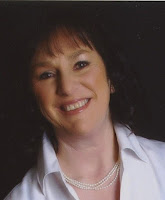 This post was originally featured by Alana Woods here.

About:  Alana Woods has been a professional editor for over 30 years. She is no longer in full-time employment—haven’t been for about six years. Most of her time now is taken up with her own writing but she continues to contract edit part time.

She has five books published. Two are categorized as thrillers but she prefers to call them suspense intrigue novels, Automaton and Imbroglio. Another is a short story collection, Tapestries and other short stories.
#AODTour Assassination of a Dignitary