When the Past Comes Back - Org. feat by @JChaseNovelist #AODTour 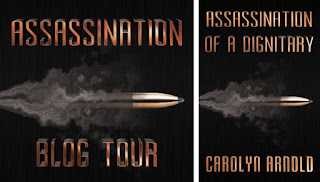 “THEY SAY THE PAST HAS A way of catching up with you.”
- Raymond Hunter

We all like to think that we’re untouchable when it comes to life choices we’ve made along the way.  If we’ve made good decisions we’re more than willing to collect on the consequences of those choices.  It’s a lot harder when these result in heartbreak or another negative outcome.  Then we want to run from them.

Raymond Hunter was one of those who figured, and hoped, that the past would never catch up.  But the day of reckoning has come.

He used to be a hit man for an Italian Mafia family, and the thing is he didn’t fall into this lifestyle out of desire or even seeking it out.  Time and circumstance pulled him into the vortex of the lifestyle--one moment in time that he would never be able to go back on and change, or can he?

In my upcoming release Assassination of a Dignitary, it’s fifteen years later, and Raymond is forced to face his past.  The Mafia wants him back for one final favor and promises that once it’s taken care of they’ll leave him alone.

But he’s not that man anymore.  He is an accountant and family man.  He has two children--a ten year old son and a fourteen year old daughter.  Yet they leave him with no choice but to accept the job.

When things go wrong, and the first assassination attempt fails, his family is kidnapped and their lives are in danger.  With twenty-four hours to set things right, Raymond discovers the real reason they wanted the Governor dead and finds out he’s placed himself and his family right in the middle of a mafia power struggle.

Maybe things would have turned out differently if he hadn’t saved the Don’s son eighteen years ago.  But if he hadn’t, would he have met his wife?

____
The above-noted piece is fictional and was written for promotional purposes.  Raymond Hunter is the main character in Assassination of a Dignitary coming March 14th to Amazon for Kindle, and in April for print.  Be sure to check out the full Assassination Blog Tour schedule here and enter for your chance to win!

The above post was featured on Jennifer Chase's blog here. 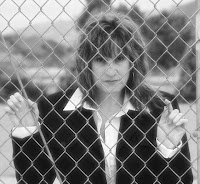 Jennifer is an award-winning author, freelance writer, and a criminologist.  She has authored four crime fiction, thriller novels: Compulsion, Dead Game, Silent Partner, and Dark Mind.  She has authored a non-fiction book How to Write a Screenplayincorporating a step-by-step process to write a screenplay.  She currently assists clients in publishing, ghostwriting, book reviews, blogs, articles, screenwriting, editing, and research.

#AODTour Assassination of a Dignitary