Go Ahead - Break the "Rules"

By Carolyn Arnold March 27, 2012
Sometimes when you’re just starting out in your writing journey, you can feel overwhelmed by the advice you receive.  But as you grow you will realize what works for you and what doesn’t.  You will also realize advice on the craft is more like guidelines, not hard fast rules.
1)  Write what you know.
2)  Do not write yourself as a character, or pull from real life.
Just the contradiction of the first two can give you a headache.
3)  Don't mix point of view between first and third.
So when you look at the above, which do you consider rules, and which do you consider guidelines?
If your answer is they are all guidelines, you are correct.
Write what you know
Literal translation:
No one would be able to write fantasy, while because it is just that.
Only detectives would be able to write crime dramas.
Only aliens would be able to write science fiction.
Using logic and viewing this as a guideline:

There's nothing to write about.  After all, first you're told to write what you know and then you're not to pull from life.
Using logic and viewing this as a guideline: 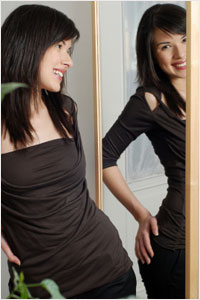 This is a tricky one.  We wouldn't necessarily want all aspects of our character to be us because then we could get lazy with our writing.    We could also easily allow our daily moods to influence a scene when it's not applicable.


For example, you're in a bad mood, and your character just discovered the love of their life.  You wouldn't want your mood injected into the scene.


However, in general I don't see any problem with making your character somewhat of a reflection of yourself.  In fact, I believe it's bound to happen.  Just make sure to give them individuality.
Madison Knight from my mystery series, who has created strong reactions from my readers, is lot like me.  Not exactly, but there are definite qualities we hold in common.
When it comes to writing, what else can a writer pull from other than real life?  Of course imagination comes into play, but it would a lie if an author said nothing in their work included elements of real life in it.  Maybe it's not in the characters, or maybe it is.  It could be simply a mannerism, or a clothing style.  It could be a drink our character loves.  The list goes on, but in my opinion by incorporating these real elements, the story becomes even more believable.
Don't mix point of view between first and third.
Literal translation:

Don't mix "I" in some scenes, with "he" and "she" in others.  This one would be a rule to a lot of authors.
Using logic and viewing this as a guideline:
You've no doubt heard: "be true to your story".  Some believe that advice is ridiculous.  And yes, there are parameters to each genre, but in the end, I am a strong believer in being true to your story.  Who knows maybe you'll define a new sub-genre?
My novel ELEVEN "broke" this "rule" on POV.  It's told from the main character's POV Brandon Fisher from first-person POV, however, there are some scenes I write from other character's standpoints in "he" / "she".  For myself, I find this writing style very comfortable to write.
This could be a tricky one to maneuver but it was the way the story wanted to be told.  Picking up on a technique used by New York times best-sellers, I found the key to scene changes and swaps in POV, is established in the first one-three paragraphs.  Identify whose "head" you're in with a simple phrase or observation including their name.  This allows the reader to follow along and know who they are with now. This can be utilized whether you swap first and third or simply swap third-person POVs.
Here's one example from ELEVEN:

Lance Bingham smiled.  Those feds thought they were so intelligent by screening his mail but they didn’t know he had the perfect system worked out.  They likely never would figure it out and that was why he was really the one in charge of the investigation.  They only found what he left for them to.

The reader knows knows from that first sentence who they are with now.  (And if you haven't heard apparently Lance Bingham reminds many of Hannibal Lecter from SILENCE OF THE LAMBS.)
Here's another example from ELEVEN:

Zachery tracked the cord from the video camera to where it went through a hole cut out in the drywall.

Paige kept her eyes on the place where she had fired her weapon and a hand instinctively went to her replacement firearm.  Standard protocol dictated that when a weapon was fired it was to be collected as evidence.


Something about even hearing it referred to that way made Paige regret the decision.

Unlike the first example, it's not noted your in Paige's mind from the first sentence, but the feeling established in the second through fourth paragraph does.
~~~
Anyway, these are a couple of "rules" an author shouldn't be afraid to break if it's right for their story.
The Writing Craft