Inside the Mind of a Killer 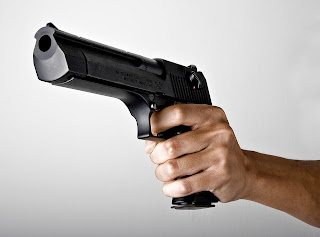 One of the most popular posts on this blog was on Serial Killers*.  I can only imagine part of the reason is because the media is obsessed with killers.  They don’t even have to be serial killers, but the thought of someone taking another’s life is far removed from most of our thinking processes.  I believe this is part of the draw to watching shows about them or reading about them.  We’re trying to understand them.
Their actions go contrary to most of us and our sense of justice.  Most of us would never dream of inflicting harm on others, let alone killing them.  We want a basis upon which to justify their actions.
What pushes a person to kill another?  Is it the shape of their front lobe?  Is it the way their mind works?  Is it because they were raised in a violent home?


The study of Psychology has tried to quantify murderers into their preset of mental conditions.  Somehow by classifying them as a type, people can imagine how it created the “perfect storm” as it were.
Writers are always concerned about getting the killer right.  They wonder if a killer would do this or that.  This is my response to that:  if you can think it up, it can and possibly has already been done.  In other words, you are human as are killers.  This leads to another question.
What serves as motivation?
This varies from each killer, and depends on the situation.  Kills can happen in the heat of emotion, they can be planned and calculated, and they can involve multiple victims over time or at once to rhyme off a few scenerios.
Again, writers are worried about getting motivation correct.  But sometimes it’s hard to find understanding in an unjust action.  Sometimes people, even in real life, kill meaninglessly.  Think of school shootings, and the term “postal” and you get where I’m headed with this.
Does this mean as a writer you don’t have to do your research?  Absolutely not.
In my upcoming thriller ELEVEN, FBI agents are called to the find of a mass burial.  They have to analyze the unsub’s mental structure in able to figure out the who and why.  In order for me to write this, it took a lot of research into psychology definitions.  I also cross-referenced my findings to ensure accuracy.


Here's some of my findings:


Psychopaths - as taken from Wikipedia

Characterized primarily by a lack of empathy and remorse, shallow emotions, egocentricity, and deceptiveness. Psychopaths are highly prone to antisocial behavior and abusive treatment of others, and are very disproportionately responsible for violent crime. Though lacking empathy and emotional depth, they often manage to pass themselves off as normal people by feigning emotions and lying about their pasts.
Sociopaths – some qualities as taken from http://www.mcafee.cc/Bin/sb.html
Schizoid personality disorder, as taken from Wikipedia
Characterized by a lack of interest in social relationships, a tendency towards a solitary lifestyle, secretiveness, emotional coldness and sometimes (sexual) apathy, with a simultaneous rich, elaborate and exclusively internal fantasy world.[1] SPD is not the same as schizophrenia, although they share some similar characteristics such as detachment or blunted affect; there is increased prevalence of the disorder in families with schizophrenia.[2]
__
*Serial Killer Statistics