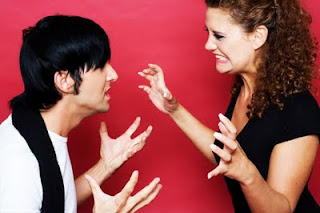 Conflict, complications - isn’t that really what we live for as readers?  We want complex characters that are pulled and weaved through an intriguing plot.  Actually, what fun would it be if there wasn’t any conflict?  Would there even be a story?
Think about real life.  How simple is yours?
Maybe you’re going to tell me that you’re married to the perfect man, have the most obedient children, have a prestigious job where your boss idolizes you?  But I doubt it!  Life is riddled with complications – aka conflict.
More likely, you’re going to tell me you’re overworked, and underappreciated at the day job.  What you set out thinking you wanted for a career was waylaid by the necessity of making a living so you’re in a job you don’t love that much.  And if you did land the career you had idolized, more than likely you’re realizing that some days the stress is overwhelming.
And, kids, I don’t have any, but I can observe.  Yes they can be obedient, when they chose to be, but a lot of the time they have minds of their own, and don’t forget by the time they become teenagers they know everything.
Most people try to get through life with the minimal amount of conflict possible.  In fact, some avoid it all costs, yet there are some of us who thrive on conflict.
Years ago, I worked with a single woman who dated often but seemed to find a solid relationship, so I asked her how it was going.  She told me she was likely going to end it soon because they got along too well.
So what about your life?  Maybe it isn’t that stressful.  Maybe it has just the perfect balance.
But is that what you want to read about?  Someone who goes to sleep, wakes up and goes about their day, or do you want conflict?
I vote in the favor of conflict!
But how much conflict is needed to hook you as a reader?  Do they all need to be larger-than-life?  Or can conflict in novels be situations you have faced?
Personally, I believe a good novel has a blend of both.  If all the characters ever faced were mountainous challenges, it risks being unrealistic.  Now, I know we want to be taken away to a fictional place, “live through” experiences we never would in real life, but what if that’s all it was?
Even in science fiction, the basics are derived from real-life – the balance of good and evil, the finding of justice.  Everything is hinged on the basics of humanity.  (That may be a deeper subject.)  But I believe that the smaller conflicts, the ones many of us experience on a daily basis, have a place in novels.
For example, in TIES THAT BIND, while Detective Madison Knight tries to stop a potential serial killer she also has smaller conflicts to deal with.  She has a partner distracted by going ons in his personal life, she has a boss who just wants case closed even if that means an innocent man behind bars.  But Madison also faces personal conflicts.  She loves her job, and a lot of the time sacrifices a personal life because of it.  She has a younger sister who is her mother’s joy because she got married and had children.  Madison mourns the loss of a grandmother who believed in her and left her all she had, and she has a mother who is jealous of that relationship who would have preferred her daughter got married as opposed to working as a cop.
Honestly, can you say you never worked with someone who drove you nuts some days?  Can you say you never had a boss you didn’t understand?  Have you been fortunate enough not to experience family tension?
Anyway in the writing of TIES THAT BIND and my other novels, I worked to incorporate not only the larger conflicts but I made room for the human conflicts, the relatable ones.
Now relatable characters – that could be the discussion for another day.
The Writing Craft