By Carolyn Arnold July 15, 2011
The wait has come to an end!  Today, Forensic Friday is back with a special guest, Richard Goodship.  I met Richard on Twitter, and as soon as I realized he was not only a fellow writer but a retired Forensic Investigator, I knew he would be a terrific guest to have. 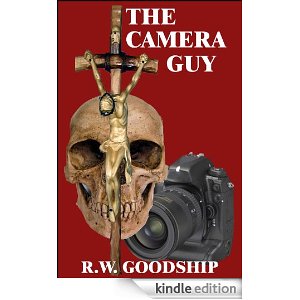 Life was not easy for Forensic Investigator Bill Walters. His ability to see the spirits of the victims at his crime scenes gave him an edge, but it kept him isolated from his fellow Officers and gave him the reputation of being a 'Nutbar' on the force.
Bill could live with this. He could even live with the family of ghosts that haunted his apartment, the loss of his friends and religion and the estrangement of his daughter, Eryn.
What Bill couldn't live with was the Demon that came to town hungry for those spirits.
Available on Amazon
Forensics Friday